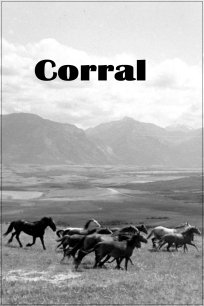 Western ballads played on guitar are the only sounds used in this romantic portrait of a cowboy. He rounds up wild horses, lassoing one of the high-spirited animals in the corral, and then goes for a glorious plunging ride across the spectacular Rocky Mountain foothills of Alberta.

Having grown up in South-Western Alberta, Colin Low knew a thing or two about cowboys and horses. Not being a very good rider himself, he wanted to show just how difficult it is to break in a wild horse. Shot on the Cochrane Ranch, where his father was the manager, Low managed to capture the beauty of this struggle between man and beast. The film, which was part of the Canada Carries On series, would play theatrically across Canada in April 1954 and in some American cities, including Washington, D.C. The film would eventually win the Best Documentary award at the Venice Film Festival.

Albert Ohayon
From the playlist: The 1950s: Television and the Move to Montreal

After I had been at the NFB four years, I went with my father to a cattle auction. (My father was the foreman on one of the largest cattle ranches in southern Alberta, the Cochrane Ranch.) I watched while several hundred head of ranch cattle were brought through the rain by the ranch hands. Wally Jensen was the top hand at the ranch. He was riding through the wet grass with his yellow dog at his side. A wave of nostalgia hit me that I had never felt before. The next summer I asked Wolf Koenig, a farm boy himself, if he would like to come with me to Alberta to make a film about a cowboy. He was delighted and we spent three weeks on the ranch. My father provided his top hand, Wally Jensen, and the horses.

We made Corral in 1953. Wolf Koenig was in the NFB Animation Department and this was his first live-action shooting using a new Arriflex and a tripod with a gyro stabilizer. He was an amazing cinematographer! I had written a script but Wally Jensen re-wrote it while we worked.

My father knew that we would work with about 20 horses and he urged us to work sensibly. He did not want the horses spooked. The horse that Wally chose was a young half-broken mare that he had not yet ridden. In the corral he used several horses for the roping shots so that the mare would not be hurt.

The mounting of the horse for the camera surprised the horse so that she reared and then ran with the other horses as Wally had predicted. To do the long run at the end of the film, we took Midge, the horse, up to Waterton Park, where there was a paved highway without fences. We followed the flying run for a couple of miles with the camera in the ranch truck. Everyone thought we had a helicopter.

Most of the shots in the corral were hand-held by Wolf standing behind or close to Wally or the snubbing post. The horses were mostly trained and were not hazardous to be around, but a certain amount of buffeting occurred. It was a corral that was used very often. We did not rush the shooting and often waited for the light and broken clouds to give us strong light and shade.

I worried that we would need a fairly long narration to explain the process, but when I talked to Stanley Jackson at the screening of the cutting copy, he said, "This film doesn't need narration, it speaks for itself." Tom Daly, our producer, cut the film, and Wolf and I were in the cutting room and I must say that we learned a lot from Tom's skill and experience. Eldon Rathburn wrote the score for two jazz guitarists in Toronto based on several well-known cowboy songs. Most people seemed to like the simplicity of the film.

The year that the film was finished, it won the documentary prize at Venice. I stopped worrying that we needed narration.

Corral, Colin Low, provided by the National Film Board of Canada