Action: The October Crisis of 1970 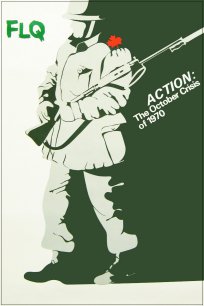 This feature-length documentary looks at those desperate days of October 1970 when Montreal awaited the outcome of FLQ terrorist acts. Using news reports and clips from the time, the film reflects upon the October Crisis and reveals the relief, dismay and defiance people felt when the Canadian army stepped in.

Action: The October Crisis of 1970, Robin Spry, provided by the National Film Board of Canada