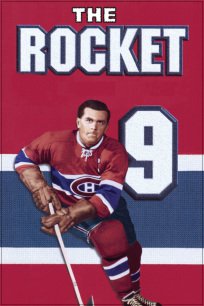 Meet Maurice Richard on and off the ice, and follow his spectacular career with the Montreal Canadiens--from the early '40s, when only a few thousand people turned out for pro hockey games, to the 1950s, when the Montreal Forum was bursting with delirious fans. Clarence Campbell, former president of the NHL, describes him as "the most exciting player I have ever seen in my life." The Rocket features footage from games and revealing interviews with Richard himself, the first star of the golden age of hockey.

The Rocket, Jacques Payette, provided by the National Film Board of Canada