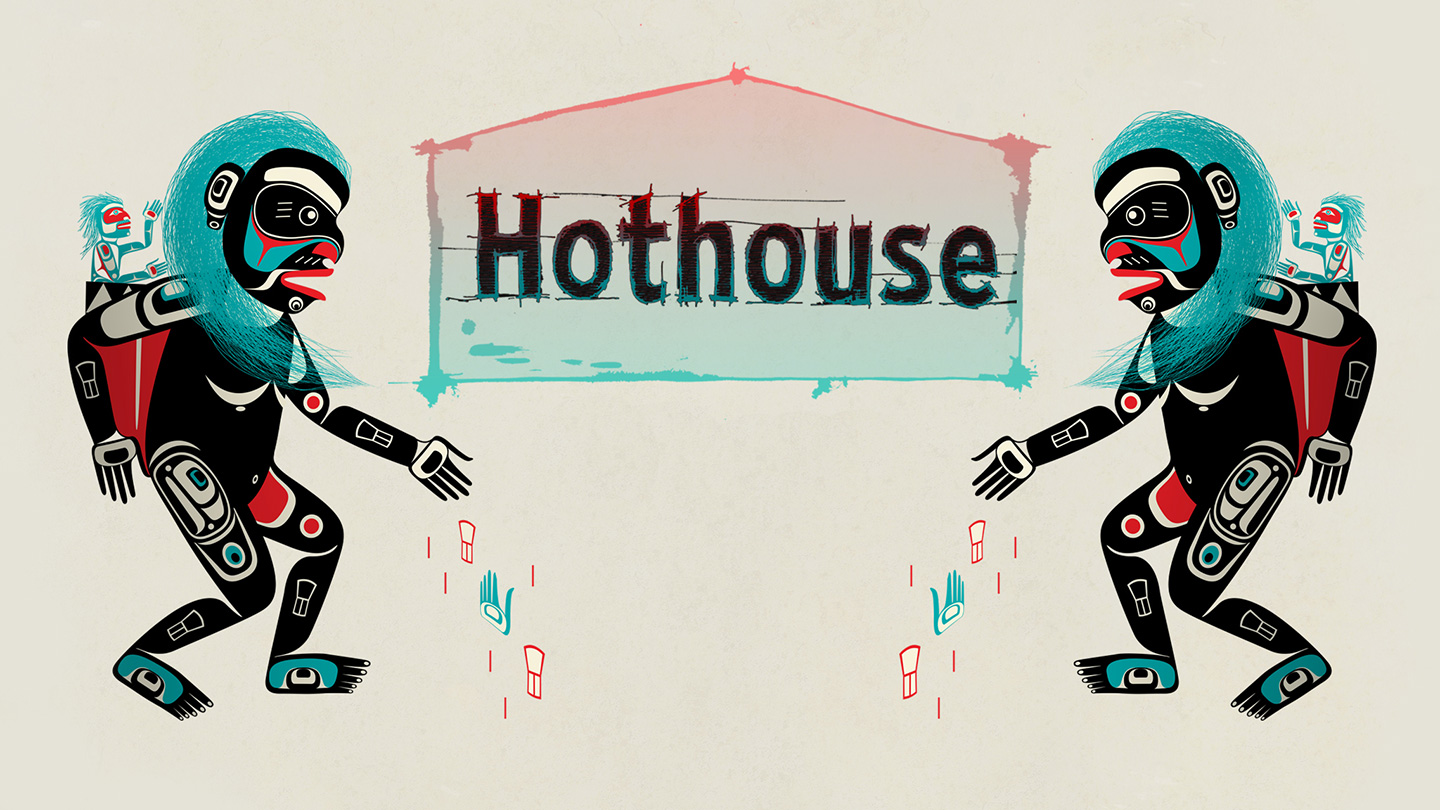 The National Film Board of Canada, in partnership with imagineNATIVE Film & Media Arts Festival, is seeking submissions from Indigenous filmmakers and artists of any age who are intrigued by animation art, for the 12th edition of Hothouse. This edition will be a 22-week paid apprenticeship in all-inclusive, real-world animation filmmaking and will be a mix of full-on training and part-time creating.

Orientation, initial training and post production services will take place at the NFB Animation Studio in Montreal, which is located on unceded Indigenous lands. The Kanien’kehá:ka Nation is recognized as the custodians of the lands and waters as Tiohtiá:ke/Montreal is historically known as a gathering place for many First Nations. Once orientation is completed, selected participants will have the option of continuing to work on their projects either from Montreal or their residing territory (urban or remote). Equipment can be provided for those working from their home territory.

We are looking for two Indigenous (First Nations, Inuit or Metis) artists residing in Canada who are willing and able to create in a hands-on animation experience. This is a chance to explore Indigenous storytelling/artistic practices through animation. Selected applicants will be supported by and paired up with an Indigenous Associate Producer, as well as an Indigenous Mentoring Director, who will both be there to assist each project through production from start to finish in this intensive experience. Hothouse is about re-imagining ways of making animation, ways that are faster, more flexible, and which embrace the many possibilities in the animation process while maintaining creative and technical excellence.

We are available to answer any questions or to provide clarification on the project or its criteria. Please contact the Associate Producers at hothouse@nfb.ca.

Submissions are accepted from across Canada and should be in English.

Hothouse participants will direct an animation short, maximum 1 minute in length, from creative inception all the way through final sound mix and video release in twenty-two intensive weeks. The NFB provides – within reasonable limits of budget and availability – the tools, resources, advice and support to master this challenge within the filmmaking community of the NFB.

By making a submission, participants agree to these expectations:

Hothouse is an apprenticeship program for emerging Canadian filmmakers. It was created in 2003 by NFB Animation Studio producers Michael Fukushima and David Verrall. The aim is to make animation more quickly and more flexibly in celebration of the shortest of short forms while maintaining the hallmarks of NFB animation: creative and technical excellence.

This is not “quick and dirty” but rather “intense and amazing.” Think of horticultural hothouses where gardeners create optimal growing conditions to encourage the flowering of exotic orchids and other blooms in weeks rather than months.

Hothouse is not merely funding nor school: it is an apprenticeship in real-world animation filmmaking.

Animation at the NFB

Initiated by Norman McLaren in 1941, animation filmmaking at the NFB has been recognized ever since as a cornerstone of NFB activity, garnering many international awards for excellence and innovation. Today’s NFB continues the commitment to a diversity of eclectic and experimental exploration of animation as art. The panoply of artistic visions, driven by the passion and imagination of their creators, reflects novel styles, methods, subjects, and cultures and is expressed across the country.

imagineNATIVE is the world's largest presenter of Indigenous screen content. The organisation is recognised locally, nationally, and internationally for excellence and innovation in programming and as the global centre for Indigenous media arts. imagineNATIVE (legal entity: The Centre for Aboriginal Media) is a registered charity committed to creating a greater understanding of Indigenous peoples and cultures through the presentation of contemporary Indigenous-made media art (film, video, audio and digital media).

imagineNATIVE is an Indigenous-run organisation located on the territory of the Mississaugas of the Credit, the Anishinaabe, the Haudenosaunee, and the Huron-Wendat nations. We acknowledge the Dish With One Spoon covenant, a treaty whose spirit is one based in collective stewardship and sharing of land and resources, and one which extends to all nations living in present-day Toronto.