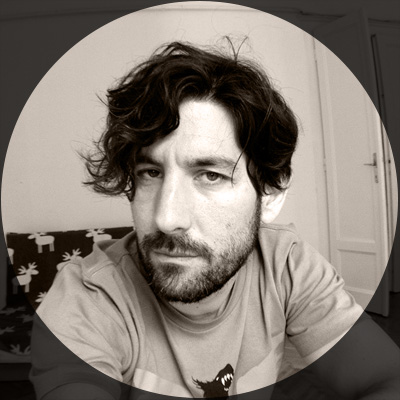 Daniel Gray studied Fine Art at the University of Wales Cardiff. After a stint as a represented painter, Daniel started experimenting with animation. While studying animation at the University of Wales, Newport, he met Tom Brown. The duo started a creative partnership that began with their graduation short film, t.o.m. (2006). This short tale about a young boy’s rather peculiar and revealing journey to school was an instant success at international film festivals, collecting awards from Ottawa, Annecy, and Sundance, as well as at the British Animation Awards. Their next film, teeth (2015), which tells the life story of a man (voiced by Richard E. Grant) through the history of teeth, screened at more than 40 festivals and won numerous awards.

In addition to the imaginative music video Constant Growth Fails (2017), Gray has directed many commissioned works. He has also served on a film festival jury and as a visiting lecturer at universities, and has led a number of creative animation workshops.

Daniel currently lives in Hungary with his wife and daughters. His most recent film, Hide, is a co-production between La Cellule Productions, CUB Animation Studio, and the National Film Board of Canada (NFB). This is Daniel’s first collaboration with the NFB.