The Aboriginal Voice: the National Film Board and Aboriginal Filmmaking through the Years 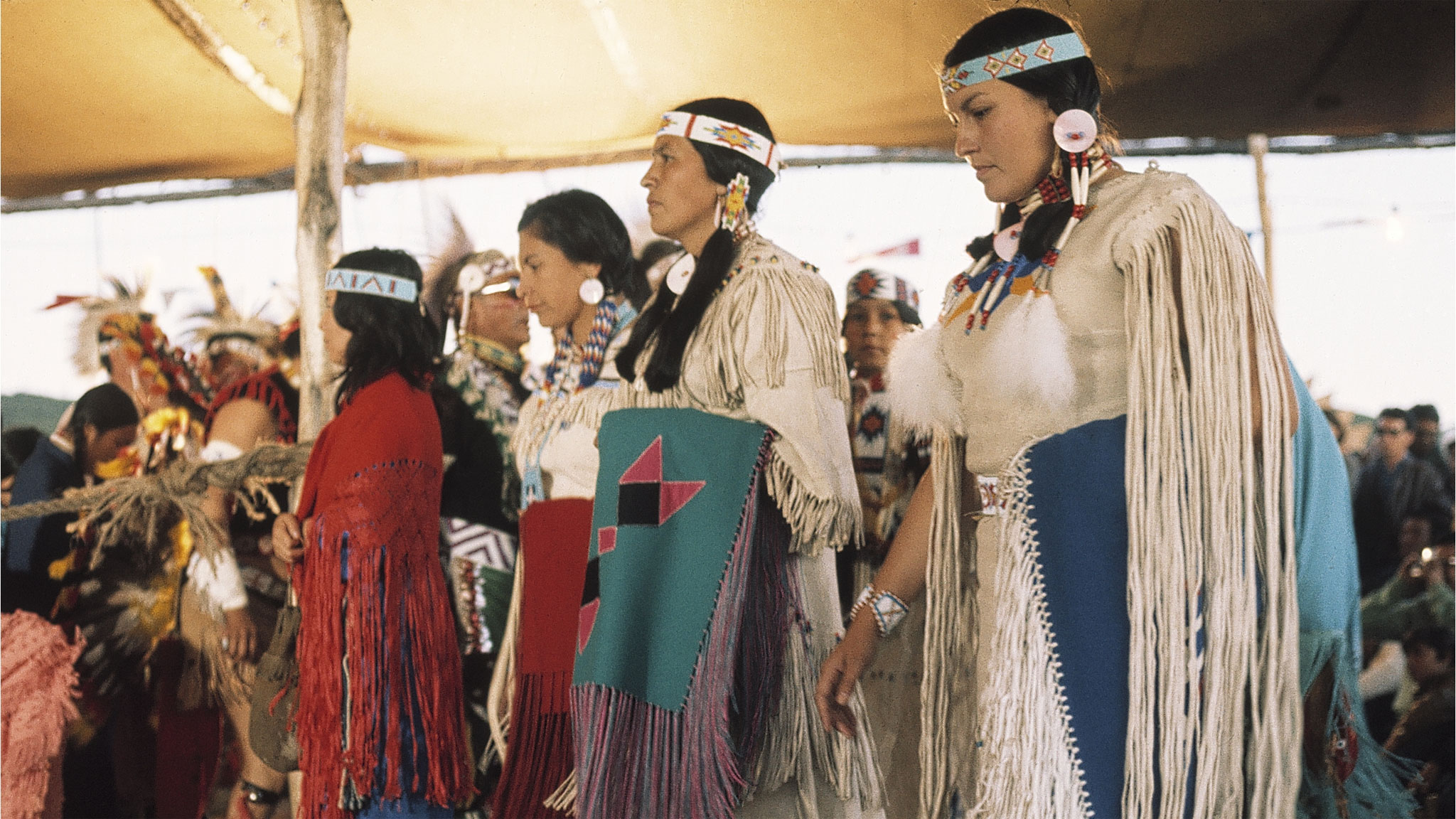 The Aboriginal Voice: the National Film Board and Aboriginal Filmmaking through the Years

Through its singular and long-standing commitment to Indigenous filmmaking, the National Film Board has been instrumental in providing Canadians a rich cultural resource and legacy: a comprehensive body of films inviting us all to share in the Indigenous experience.

Films in This Playlist Include
Foster Child
Circle of the Sun
You Are on Indian Land
The Other Side of the Ledger: An Indian View of the Hudson’s Bay Company
Is the Crown at War with Us?
Totem: The Return of the G’psgolox Pole
The Ballad of Crowfoot

Through its singular and long-standing commitment to Aboriginal filmmaking, the National Film Board has been instrumental in providing Canadians a rich cultural resource and legacy: a comprehensive body of films inviting us all to share in the Aboriginal experience. Throughout the course of a number of NFB initiatives, the Aboriginal Voice has evolved.

In 1968, as part of the Challenge for Change program, the Indian Film Crew was established at the Board’s Montreal headquarters. This marked the beginning of Aboriginal films being made by Aboriginal people at the NFB (and most likely in the rest of Canada).

During the late ’60s, I was aware that an Indian film crew was working at the NFB. I just didn’t realize how important they would be to the future of Aboriginal filmmaking.

“There was a strong feeling among the filmmakers at the NFB that the Board had been making too many films “about” the Indian, all from the white man’s viewpoint. What would be the difference if Indians started making films themselves?” [Letter from George Stoney, executive producer, Challenge for Change, January 3, 1972]

The Indian Film Crew was jointly sponsored by the Company of Young Canadians and the Department of Indian Affairs. They spent five months being trained in various aspects of filmmaking and then worked on community development projects and research for future films. Incredible as it now seems, there was actually some controversy within the Board about whether the Indian crew would produce “Indian content films.”

The Indian Film Crew did indeed produce Indian content films, starting with These Are My People and The Ballad of Crowfoot. They also collaborated as advisors and on-camera subjects in a third film, You Are on Indian Land.

In 1972 Willie Dunn co-directed a film that was remarkable in its presentation of Aboriginal voice and perspective and in its politics. The film is The Other Side of the Ledger: An Indian View of the Hudson’s Bay Company.

In 1971, the Indian Film Crew project evolved into the Indian Training Program. Led by Mike Mitchell (an alumnus of the ’68 initiative), the trainees divided their time among several areas of the Board’s operations, gaining an all-round knowledge and experience of film production and distribution.

The period between the Indian Training Program and the next major initiative in 1991 saw a mini surge in Aboriginal documentary filmmaking. It was during this time that a number of films marked the beginning of the distinguished career of Alanis Obomsawin. In addition, other Aboriginal directors began working with the Board on a freelance basis.

In June of 1991 Studio One was born, established with one overriding objective: only Aboriginal filmmakers would make Studio One films.

In part, the Oka Crisis of 1990 played a role in the establishment of Studio One: “The events which shook Canada through the summer of 1990 highlight the need for better communication between the non-aboriginal and aboriginal communities of this country, and among the First Nations themselves.” [“Our People...Our Vision: An Aboriginal Studio at the NFB”]

The executive producer of the NFB’s North West Centre at the time, Graydon McCrea, was committed to the establishment of Studio One: “Non-Native people have documented what they perceived to be the mystery and romance of North America’s Indian, Inuit and Métis people since the earliest days of filmmaking…it is no longer acceptable for Native people to be portrayed as only others see them – they must be portrayed as they see themselves.”

In early 2005, the NFB's English Program announced the inauguration of First Stories. Through this new program, young Aboriginal filmmakers from Alberta, Saskatchewan and Manitoba were invited to a series of intensive film seminars during which proposals were submitted for the production of short 5-minute films. Four films were made in each province. As a follow-up, the Second Stories program gave those 12 new filmmakers the opportunity to propose more complex, in-depth half-hour documentaries. Three were chosen and recently produced, two of which have already had festival screenings.

From my own experience with an early film like Foster Child and the more recent Totem: the Return of the G’psgolox Pole, I am very much aware and appreciative of the fact that these films could only have been made by the National Film Board of Canada. As Aboriginal people and filmmakers, we are blessed that the NFB’s commitment to Aboriginal filmmaking is one that continues to this day.

Gil Cardinal (1950-2015) was a director and writer based in Edmonton, Alberta. Of Métis descent, his documentary and dramatic work relates to Aboriginal issues and themes.