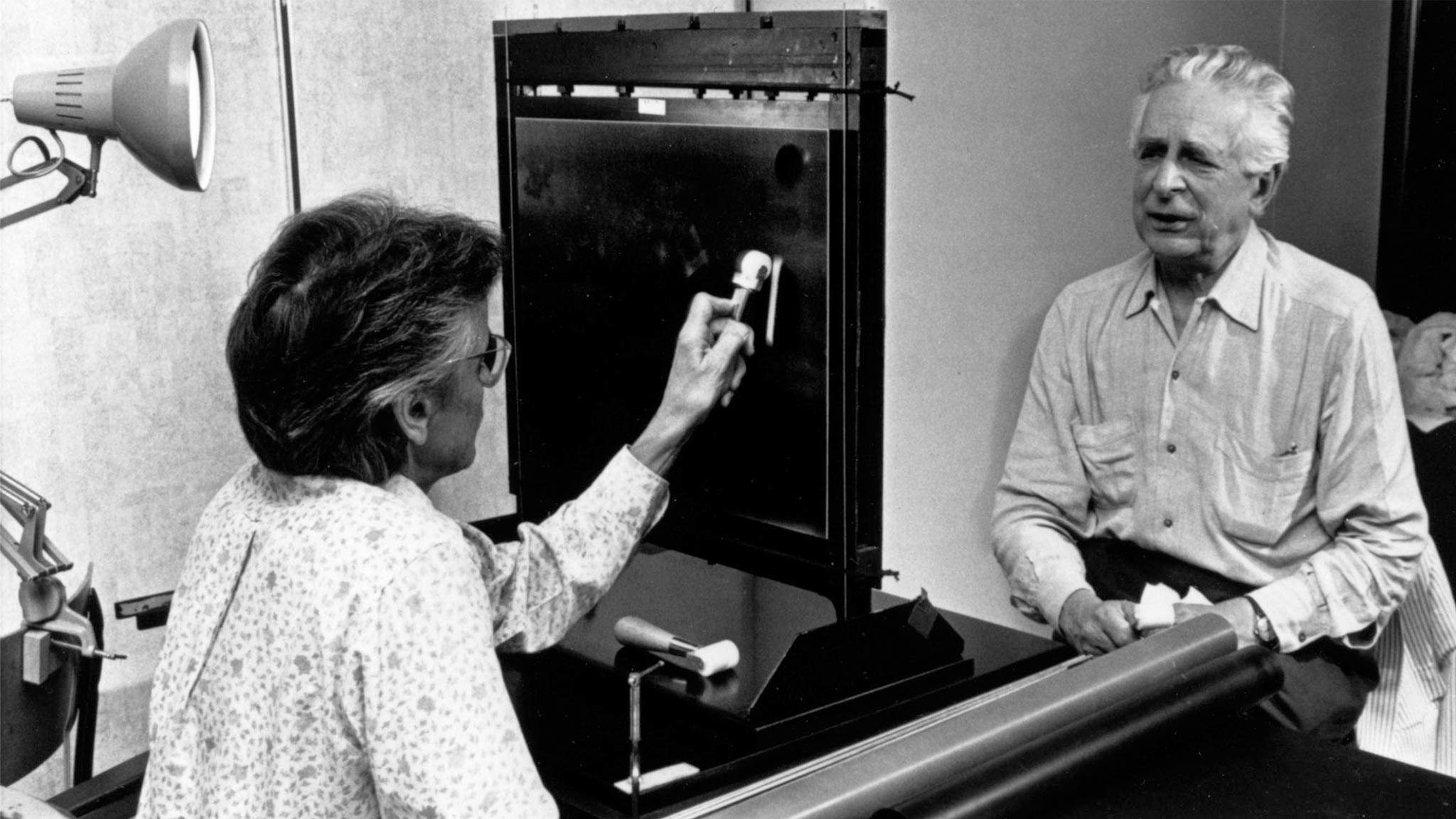 Did you know that the National Film Board currently owns the world’s only working pinscreen? The pinscreen is a vertical screen fitted with retractable pins that, when lit from the side, cast varying shadows depending on their degree of retraction. The results are stunning animated images with the look of engravings or charcoal drawings. Invented by Alexandre Alexeieff and Claire Parker in the 1930s, the rich legacy of the pinscreen was championed by Alexeieff’s daughter, Svetlana Alexeieff Rockwell, who passed away in January of 2015 at the age of 91.

In honour of Svetlana Alexeieff Rockwell’s contributions to the veneration of this innovative and intricate animation technology, we are proud to present a selection of films created with the pinscreen from our collection. Covering a wide range of historical periods, the films in this playlist range from a classic Jacques Drouin meditation on symbolism (Mindscape) to the contemporary short animation Here and the Great Elsewhere by Michèle Lemieux, a film about humanity’s eternal quest for meaning.