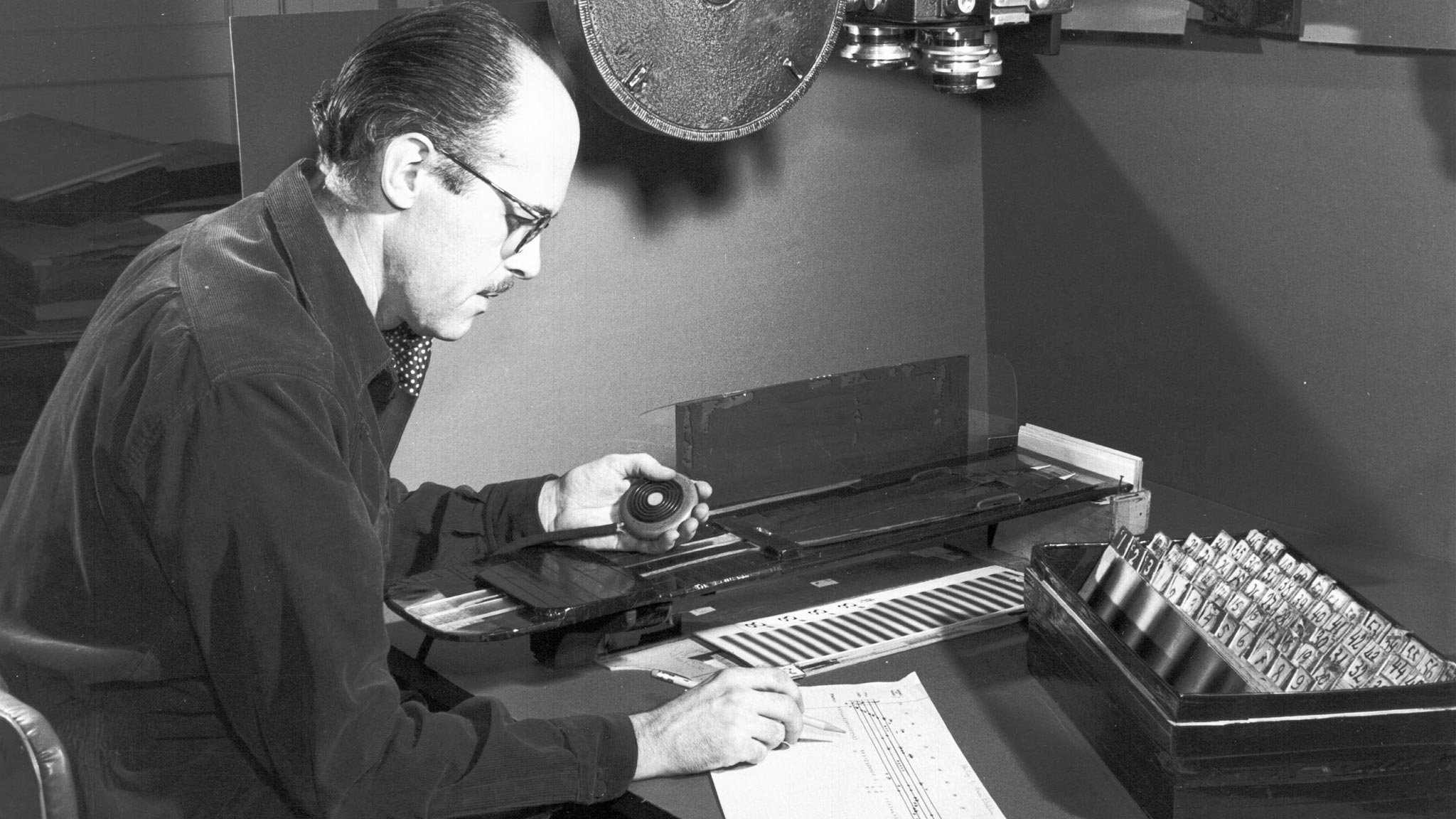 In 2014, the centennial of the birth of composer and sound designer Maurice Blackburn will provide an opportunity to celebrate the outstanding work of this artist who made his mark in the worlds of symphony, opera and film scoring in Quebec and beyond Canada.

Maurice Blackburn, son of a sales rep, was born in the suburb of Saint-Roch, Quebec, on May 22, 1914. His father was of Scottish descent while his mother was French-Canadian. Blackburn studied composition at Université Laval in Quebec City. In 1938, he received one of the Jean Lallemand prizes for his orchestral suite, Les Petites Rues du Vieux-Québec. In 1939, he obtained a scholarship from the Quebec government to study in Paris. However, due to the war, he ended up going to the New England Conservatory in Boston for two years. In 1940, he attended lectures given by Igor Stravinsky at Harvard University.

In 1941, the NFB gave him his big break: at the request of ethnologist and screenwriter Marius Barbeau, Blackburn composed the score for the film Maple Sugar Time. His talent was recognized by the NFB and Blackburn accepted a permanent position at the Board, leaving Quebec for the NFB studios in Ottawa to work in music and sound montage. In 1943, on his birthday, he married writer and screenwriter Marthe Morissette, a resident of Quebec. Five years later their only daughter, Esther, was born; adding to her family's multiple talents, she became a science fiction writer.

In the 1940s and 1950s, Blackburn won two other scholarships to study in Paris, one from the Quebec government and the other from the Royal Society of Canada. In 1968-1969, the Canada Council for the Arts awarded him funding to complete his film Ciné-crime. He also planned to start Verbération, based on the poetry of writer Anne Hébert. An electroacoustic work completed in 1970, Verbération features the voices of Monique Mercure and Jean Perraud.

Although Blackburn is known more for his work as a film score composer for the NFB (in the three genres of animation, documentary and fiction), the majority of his symphonies and operas were conducted by himself or others for radio and television at the Canadian Broadcasting Corporation (Radio-Canada). Between 1938 and 1980, he composed more than 70 works including two opera buffa (comic operas). In 1956, the NFB’s headquarters moved to Montreal. Blackburn is the only composer in Quebec and Canada who worked in film right from the start of his career until his retirement, i.e. from 1942 until 1979.

Blackburn was highly sought after by journalists during his lifetime and is considered to be one of Quebec’s, and Canada's, most important film score composers. More than 414 Blackburn titles are listed in SOCAN's repertoire. : titles from Ti-Coq and Mourir à tue-tête to Festin des Morts and À tout prendre—a Claude Jutra production—and most of the films made by producer and screenwriter Anne Claire Poirier at the NFB come to mind.

Various events are being organized in Quebec City, Trois-Rivières and Montreal to celebrate Blackburn’s centennial, which coincides with the 75th anniversary of the NFB. This includes events by the Canadian Music Centre, the CBC, the NFB, the Société québécoise de recherche en musique, the Cinémathèque québécoise in Montreal, the Musée de la civilisation in Quebec City, City Hall in Quebec City, the Orchestre symphonique de Québec, as well as at Ciné Campus in Trois-Rivières. The Petits Chanteurs choir and orchestra in Trois-Rivières has already marked the occasion and the Vocalys choir is getting ready to do so in the fall, as are a number of magazines and newspapers. In 1983, after obtaining several scholarships, winning various competitions and completing his last soundtrack for the animated film Narcissus in cooperation with animator Norman McLaren, Blackburn was awarded the Albert-Tessier prize by the Quebec government. Maurice Blackburn died at Hôtel-Dieu de Montréal hospital on March 29, 1988.

Louise Cloutier (born 22-08-1940) is a guest speaker and musicologist and a native of Drummondville, Quebec. She holds a bachelor's degree in musical education from Université Laval and Université du Québec à Montréal (1970-1973), a master's degree in musicology, film option, from the Sorbonne (1974-1977), and a PhD in Quebec studies from the Université du Québec à Trois-Rivières. Cloutier has worked as a music educator at all levels, a soloist and an administrator. In the 1970s, she worked on the production of the Maurice Blackburn Filmusique/Filmopera collection. Biographer of composers and filmmakers Arthur Hoérée and Maurice Blackburn, Cloutier has worked for various magazines as a columnist and photography contributor, including Quebec's INFOPÉRA since 2008. She is the coordinator for the 2014 centennial of the birth of composer and sound designer Maurice Blackburn.