Scientology, the Truth About a Lie 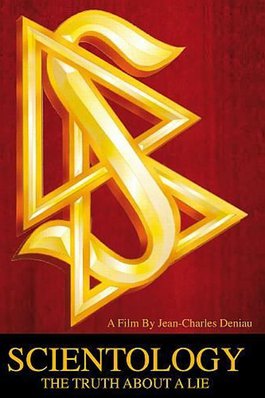 Since its creation more than 50 years ago the Church of Scientology has been the subject of countless documentaries. Be they historical or investigative, the vast majority of these documentaries condemn both its credo and its tactics, placing the Church alongside other bullish and corrupt sectarian movements. This documentary takes a different approach. Honest, objective and nuanced, it aims to show why individuals are consciously or unconsciously drawn into membership. It asks why they stay in the Church, sometimes for long periods and sometimes despite doubts as to the Church’s true nature. Often revealed as devouring, indoctrinating and even totalitarian. Older ex-members of the church, after years of fighting and suffering, are thankful to have found relief and peace of mind, once they have broken free of their initial commitment that they describe as a living nightmare. Their testimonies, honest and courageous, moving and tormented, are shared with viewers who may become potential victims of this dangerous and deadly pseudo « creed ». Considering this, one can only voice surprise and indignation when faced with the non-committal and irresponsible attitude of public authorities in Europe and elsewhere who, under the pretext maintaining individual’s right to freedom of religious belief, can keep their eyes closed vis-à-vis the methods and practices of a dictatorial organization that openly and beyond the hands of the law. On the one hand, scientology systematically breaks its victims and rid them of all individuality, whilst, on the other, it empties their bank accounts, and charges abusive fees for indoctrination purposes. Recently, law courts in France, have condemned Scientology and its local leaders for organized fraud. France, Belgium and Germany are unique in that they have a long-standing tradition of secularism, refusing to blend the powers of state and church.